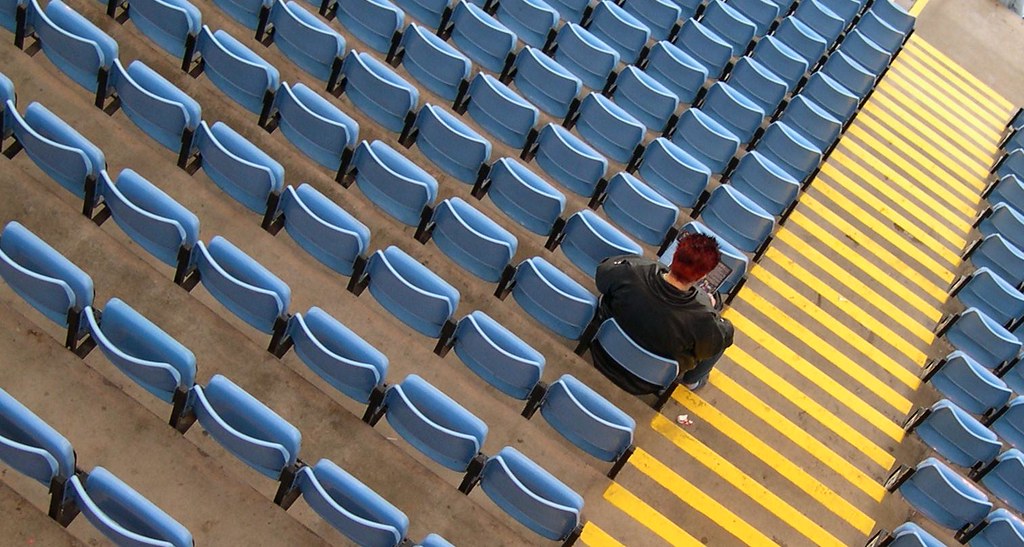 In 1995, Michael Smith, then President & CEO of Land’s End, ushered in the modern social networking era, with the launch of Classmates.com. SixDegrees, Friendster, LinkedIn, and MySpace followed. Latecomer Facebook (originally known as “TheFacebook”) joined the fray on February 4, 2004 and now boasts more than 1.3 billion subscribers.

The rise of the Internet has also allowed millions of workers to connect with one another virtually through email, instant messaging, video chats, webinars and telepresence. Never in the history of the world have so many people been so connected together. Ironically, this era of interconnectedness is also marked by decreased social capital and increased social isolation.

In the book, Bowling Alone, Harvard Professor Robert Putnam defines social capital as the “connections among individuals— social networks and the norms of reciprocity and trustworthiness that arise from them.” He finds that communities with high levels of social capital generally enjoy better education, more safety, better health, greater economic activity and higher levels of happiness. Unfortunately, the past few decades have seen a dramatic reduction in the amount of social capital in American communities. Attendance at public meetings, participation in civic organizations, and trust in strangers are all down.

A 2010 AARP study found that 40% of adults (45+) felt isolated compared to only 20% in the 1980s. A 2013 study found an inverse relationship between the amount of time people spend on Facebook and their reported level of happiness. John T. Cacioppo, a Psychologist at the University of Chicago, notes that quality is more important than quantity when it comes to social relationships. Social capital is down and social isolation is up in our communities, but what about our offices?

For years, multinational companies have leveraged technology to connect workers across the globe. Some companies pass along work from teams in Asia to Europe to the Americas to ensure that a project is moving forward 24hrs a day. Telework, or telecommuting, is the practice of working outside the office, typically from one’s home or makeshift office. A recent paper estimates almost 1 in 10 American employees worked from home at least one day a week in 2010.

A 2007 meta-analysis on telecommuting reviewing 46 studies of 12,883 employees found that telework is largely beneficial, resulting in increased feelings of autonomy and lower work-family conflicts. It also increased overall job satisfaction, performance and turnover intent. High-intensity telecommuting (>2.5 days/week) however did damage relationships with coworkers.

While employers have been toying with telework for years, Best Buy made one of the biggest splashes in 2005 with its introduction of the Results Only Work Environment (ROWE). The program, which was described as “TiVo for your work” by cofounder Jody Thompson, was lauded as a next generation HR strategy. Best Buy’s corporate employees no longer needed to punch a clock and could log in, whenever wherever. CultureRx, which the ROWE cofounders spun out of Best Buy, claimed ROWE helped Best Buy save $2.2MM over 3 years by reducing turnover 90% and increasing productivity by around 41%. In a surprising move, the big box retailer reversed its enthusiasm for the program, cancelling it in March 2013. Hubert Joly, Best Buy’s CEO, called ROWE, “fundamentally flawed from a leadership standpoint.” Yahoo’s Melissa Mayer also went against the trend of increasing work flexibility by axing the company’s telecommuting program in February 2013.

The Workplace of the Future

According to an oDesk survey of almost 3,000 small businesses, 82% of millennials believe that within 10 years many businesses will be made up exclusively of virtual teams of online workers. I believe that telework will only increase in the future. I have transitioned from a typical 9-to-5 job in New York to a flexible work schedule where I can work anywhere at anytime. I love the flexibility and this shift has definitely enabled me to be more engaged with my growing family. The downside is I can attest from my own experience that high-intensity telecommuting does lead to increased levels of social isolation. In addition, high-intensity telecommuting reduces the serendipity of unplanned encounters that innovation juggernauts Steve Jobs (Pixar) and Mervin Kelly (Bells Labs) highly valued.

The workplace of the future will not have cubicles or even dedicated desks. Employees will undoubtedly be mobile, but I believe the wisest companies will seek a balance between the flexibility of telework and the social connection and serendipity that occur through face-to-face encounters. Human beings are made to be a part of community and excessive flexibility can be just as detrimental as not having any flexibility.

While technology can certainly enhance our ability to connect with far-flung colleagues, nothing can ever replace looking someone in the eye. I’ve been involved in International Business for almost 15 years now and never ever had a technology-dependent interaction (phone, email, video chat, etc.) that could compete with a face-to-face meeting. Technology dehumanizes the other party, stripping away access and valuable information that enable us to connect on a human level. Skype was a lifesaver when I was jet setting across the globe, but it could never replace the ability for me to hug my wife.